Recently, Oticon Medical and Canford Audio, a UK based audio video and communications equipment resource, teamed up to help Paul James. Paul works in the theater industry and suffers from hearing loss. Any job is difficult with hearing loss since communication is so vital, but Paul’s was especially prohibiting being in a profession that involves audio production.

“The sound processor is worn attached to the implant and then a streamer (wireless device) is worn. The Oticon Streamer also has built in Bluetooth connectivity and this enables Paul to take calls on his mobile phone, or play music from a portable music player.” 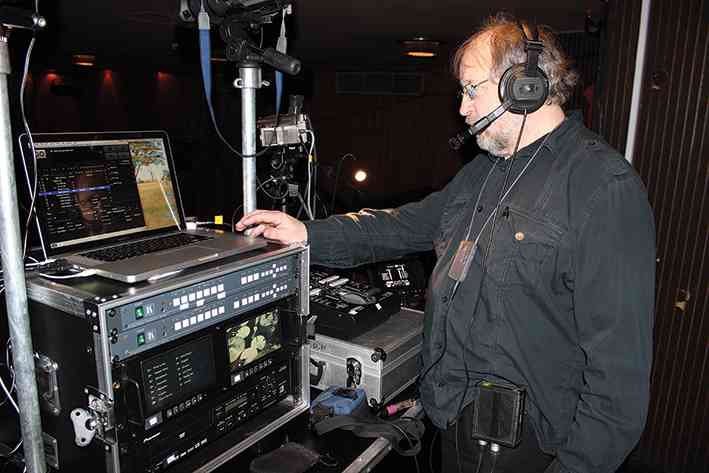 There was still an issue, though. Paul’s production team uses Tecpro Communication equipment to coordinate with one another.

“Whilst working in theatre productions, Paul uses a lot of Tecpro Communication equipment which allows the team to communicate with each other via a two-way system (full Duplex). He contacted the Canford Product team asking if it would be possible to connect his Tecpro headset and Tecpro beltpack directly to his Streamer.” 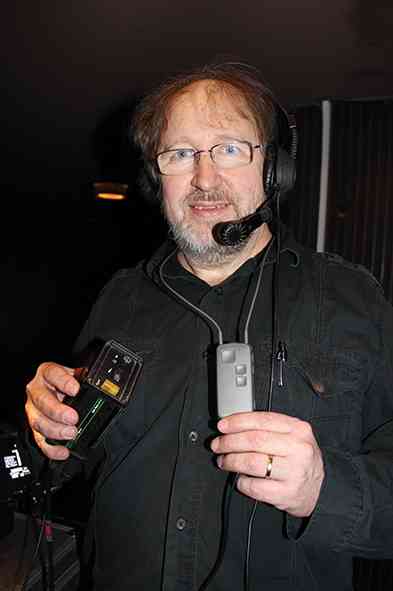 Paul shows his new setup with the Oticon Medical Streamer

Rod Fawcett of Canford Audio knew exactly what to do.

“The solution was to offer a bespoke adapter lead…Canford proposed an adapter lead for the Tecpro intercom XLR4 headset interface. Working closely with Paul and Oticon Medical (Canford) designed a specific adaptor lead to provide a solution which Paul describes as ‘brilliant’.”

This solution now helps Paul do amazing work at his job.

“I was working at the Lichfield Garrick Theatre. I was trying to talk during the show to the lighting technician, and he was having problems hearing,” Paul explained. “I could hear every word he said. What was a disadvantage to me in the past has now been turned into an advantage. With the Oticon Medical Streamer and the Canford Tecpro adapter lead I have the option to mute the ambient sound processor mic. So even if I was having problems with loud on-stage noise, I have the option to press ‘mute’ but still continue to hear talkback instructions – how fantastic it that!”

That sure sounds like music to his ears! It’s music to our ears as too.

Do you want to learn more about this collaborative effort? Head to Canford’s blog for the full story.

Do you have an interesting solution to share or want to share your story? Let us know in the comments below, on Facebook, Twitter or Instagram. We would love to feature your story here on the blog. You can learn more about the new Oticon Medical Streamer here.