We always say our community is the backbone of Oticon Medical. Part of what makes our backbone strong are the inspirational stories of the community members—stories like Anthony Smith’s life as a superhero, and Luca Brooks growing up with the Ponto Plus Power. Adding to the inspiration is Dee Inman. In January 2013, Dee had a stuffy nose that wouldn’t go away, which led to her finding out she had cancer. Among many things, the cancer affected her hearing. Almost three years later, Dee is a proud cancer survivor, and Ponto wearer. Her story is truly incredible and we’re excited to share it with you today.

Dee attended our Patient Advocacy Workshop, and we got the opportunity to hear her full story in person. Here’s her retelling.

It started in January 2013, when I got a stuffy nose of all things. I thought it was a cold. And then it went on and on, and I thought ‘I must just have allergies now.’ When it continued, I went to my doctor who gave me steroids and the normal regimen for allergies.

But this runny nose wouldn’t go away, so I went back a month later and said, “This is not gonna cut it.” He tried giving me some injections and that didn’t really help. So finally, he said, “you need to go to an ENT.”

So I went to Dr. Christopher Rathfoot. He was phenomenal. He tried to do a scope but couldn’t get past my nasal passages. That’s when he suggested surgery.”

At the time, he could tell my soft palate was drawn up. We got into the surgery suite I said, “I want you to do a biopsy while you’re in there.”

Sure enough, later he confirmed that he’d seen questionable tissue and he needed to do the biopsy I’d requested. Generally, nasopharyngeal cancer doesn’t present itself unless it’s in the lymph nodes already, with a very visible lump.

Most people have it in their lymph nodes before it’s found, but I’m telling you God is taking care of me.

I was set up for a whirlwind day at Vanderbilt Hospital. First I saw the surgeon, then I saw a radiation oncologist, then I saw a medical oncologist, who sent me back to the surgeon, who did a biopsy in the office that day. They thought it was spindle cell carcinoma which would be very rare, but fortunately for me, it was not. Then I was sent home to have treatment at University of TN Medical Center.

To give you a bit of a prequel to the story, when I was a child, I had some hearing loss, but the doctors and audiologists have always been amazed at how much I could hear. I didn’t need a hearing aid.

To treat the cancer, I had Chemotherapy at home 24 hours a day, 4 days a week. I would do a week of treatment, take off for two, then another solid week, then off for two—that went on for three months. Then I had to have a feeding tube put in.

Chemo wasn’t even the worst part, because radiation came next. During radiation, I could sip water and that was it. I couldn’t taste anything. My neck had second-degree burns, and I was in terrible pain. It burned my tongue because I have fillings in my teeth, and radiation hits the fillings. All I could do was take the pain medicine and sleep.

I finished treatment in April of 2014. 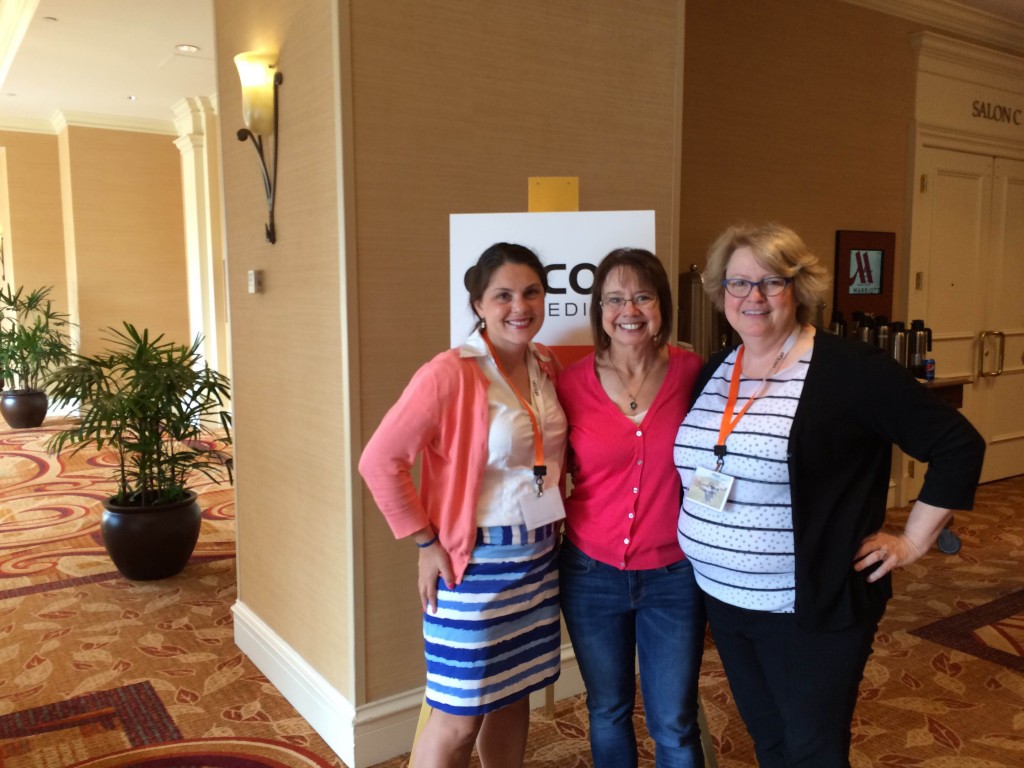 Today, I’m on the healing end, and I can taste food—and life—again.

The treatment severely affected my hearing, though. For a little while, because my hearing had gotten so bad, I started to withdraw. I’ve always been an extrovert, but when my hearing went away, I withdrew. I talked to my ENT who said we need to investigate a bone anchored system.

I went online and searched for places to learn more. I found a few Facebook groups, including one run by Angela Sabal and a whole community of people advocating for Oticon Medical and the Ponto. The rest of the story is history, here I am today with my Ponto. Now, I’m in those groups advocating too. I keep telling other head and neck cancer survivors like me that Oticon Medical Pontos could help them too!

Today, I’ve had my Ponto for three months, and I wouldn’t trade it for the world. At first, I was loaned a Cochlear BP100 and I was pleased I could hear, but it was not strong enough for me. Everyone kept telling me how wonderful the Oticon Medical Ponto System was and I finally got to find out for myself. The difference is amazing! I have the Ponto Pro Power. It’s my lifeline to the land of hearing and they tell me it will get even better after I get my implants!

I never ever would wish cancer on anyone. But, the appreciation of life you get from it is incredible. The blessings you get…I’ve never felt so much love in my life, and I’m so happy to be here to pay it forward today.

Are you think of a bone anchored hearing system and would like to speak to a current Ponto user like Dee? Click here and let us know—we can connect you!