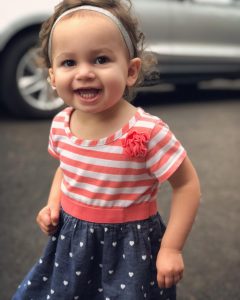 Staci Taylor’s daughter, Alexia (Lexi), was born with microtia and atresia on her right side. As many do, Staci began the journey unsure of all of the options for Lexi’s hearing loss. Lexi was aided when she was five months old with a Bone Anchored Hearing System (BAHS) on a softband, and up until that point her family had never heard of the Ponto System.

Upon her daughter’s diagnosis of microtia and atresia, Staci joined several online support groups such as the BAHA Kids Club, where she was able to connect with other parents when the feedback from Lexi’s original BAHS became too overwhelming. Below are a few of the comments and suggestions other parents and bone anchored hearing users shared. 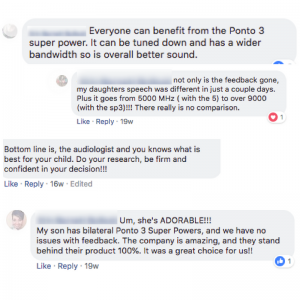 However, because Staci had already received a BAHS through her insurance, she was concerned another BAHS would not be covered. After a long battle with her insurance company, it was through the donor program of the BAHA Kids Club that Staci’s daughter was able to try a Ponto Plus on a softband. “She has had the device for about three months and we have little to no feedback. Her speech has taken off! Before the Ponto, she was only saying a handful of words here and there. Now she is stringing 2-3 words together!” Staci says.

Along with an increase in speech, Staci mentioned that she can whisper a question to Lexi on her right side and she responds without missing a beat. “After her first screening with her Ponto in the sound booth, she did better than she ever has before,” Staci explains. 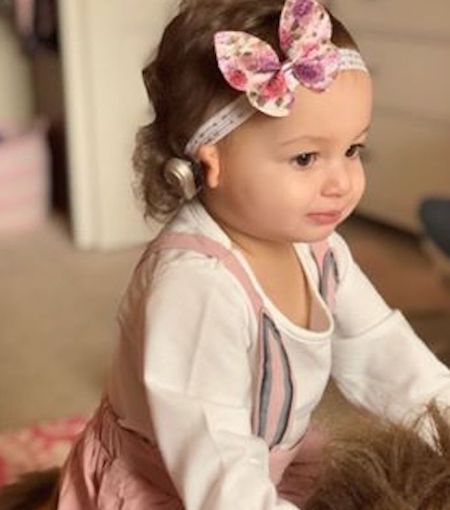 When asked what her hearing journey with her daughter has taught her so far she said, “Ask about all your options and don’t settle. I pushed several times and finally was able to get our doctor to call an Oticon Medical representative in for our appointment. Now the whole staff at our hospital is Oticon Medical trained. Don’t give up.