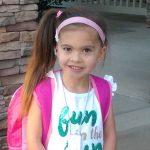 We are excited to share good news about the progress of Ally’s Act provided courtesy of Melissa Tumblin. Melissa is a longtime Oticon Medical Ambassador and the founder and executive director of Ear Community, a nonprofit organization that helps children and adults born with Microtia and Aural Atresia. Melissa’s daughter, Ally Tumblin (for whom the Act is named) has Microtia and Atresia and wears a Ponto bone anchored hearing device.

Ally’s Act (H.R. 5485) is a bipartisan national level bill that would ensure private insurance companies provide coverage for osseointegrated hearing devices (OIDs), including bone anchored hearing systems and cochlear implants. The Act, if it becomes law, will help ensure that private insurance providers cover these costs, including the hearing devices and their accessories, surgery and medical exams.

Currently, only about half of the states in the U.S. currently have legislation in place to cover hearing aids, and OIDs are not always included. Ally’s Act, as a federal bill, would require that children and adults needing bone anchored hearing devices or cochlear implants received coverage in every state through private insurers listed under the Affordable Health Care Act.

Ally’s Act has been endorsed by numerous high-profile hearing industry institutions, including the Alexander Graham Bell Association for the Deaf and Hard of Hearing, the American Academy of Audiology, the American Speech-Language-Hearing Association, and most recently the Hearing Industries Association. 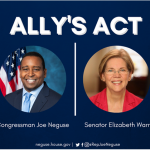 Ally Tumblin wrote to Congressman Joe Neguse (D-CO) in May of 2019 for Better Hearing and Speech Month and asked him to help her advocate to hear better. He responded to Ally in September of that year and acted soon after. Along with the co-chairs of the Congressional Hearing Health Caucus, Congressmen David McKinley (R-WV) and Mike Thompson (D-CA), Ally’s Act was introduced to the House Committee for Energy and Commerce with bipartisan support in December of 2019.

In promising news, the companion bill to Ally’s Act was introduced to the Senate on September 8, 2020. This bipartisan bill (S. 4532) was introduced by Senator Elizabeth Warren (D-MA) and Shelley Moore Capito (R-W.VA).

In response, Rep. Neguse issued the following public statement, “I am proud that Senator Warren and Senator Capito introduced the Senate companion to Ally’s Act. This bipartisan and bicameral legislation is critical for people like Ally Tumblin, who require osseointegrated-integrated hearing devices (OIDs), including bone anchored hearing aids and cochlear implants.

“It is a testament to Ally, her family and her advocates that this is now a nationally recognized need that will benefit so many Americans. We look forward to Ally’s Act passing both Chambers of Congress and ultimately being signed into law,” Rep. Neguse concluded.

Senator Warren issued the following statement regarding her support for Ally’s Act: “Far too many Americans are left behind due to hearing loss and cannot access the devices they need because their insurance will not cover it, leaving many adults and children in the US without a solution to restore their hearing. Our bipartisan bill is a simple fix that increases access to these specialized hearing devices and gives Americans across the country a chance to be a part of every conversation.”

Senator Capito agreed, adding, “Many of us take for granted the gift of hearing and how often we rely on our senses to effectively communicate with one another. It is important that we take the necessary steps to improve our health insurance systems and ensure these critical devices are readily available for those who need them. OIDs are even more crucial for individuals born with hearing deficiencies, as the first five years of life are important for speech and language development. I’m proud to introduce Ally’s Act, which will help establish better access to these critical hearing devices for those that need them.”

How you can support Ally’s Act becoming law 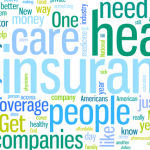 As Ally’s Act continues to advance through both the House and Senate, you can help by writing to your local congressional representatives and senators.

“Ask them to support H.R. 5485 and S. 4532 and tell them why this bill is important to you or your child or a loved one who requires the use of a bone anchored hearing aid or cochlear implant,” Melissa Tumblin advises.

For more information and to learn more about how you can help support Ally’s Act, please visit:  https://earcommunity.org/about/allys-act-h-r-5485/.

Ready to take the next step in your hearing journey? Click here to find a clinic near you!